It’s a good thing that somebody has finally cleared up this whole ‘truth’ business. For years, in fact for centuries, people have been scratching their heads and wondering about this thing that’s called ‘truth.’ Sometimes it’s capitalized, as in “Truth” and sometimes it’s not — but it’s something that has been on our collective mind ever since an ancient Roman bureaucrat asked out loud “What is truth?” His bosses never did give him a straight answer, so the poor guy made a real boo-boo.

But finally Rudy Giuliani has told us the truth about truth. On national television Sunday morning he came right out and proclaimed “Truth isn’t truth!” So there you have it — this great hero has at last unmasked the misapprehension we’ve all labored under for so long.

For instance — when someone says “I’ll get back to you on that in just one minute” you now know that that is not the truth, and that you’ll never hear back from that person again, long as you live. See how it simplifies things?

So stop worrying, and start fibbing. 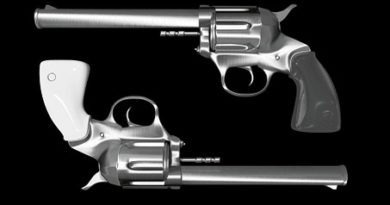